All the drafts this week were head to head. Mostly in the $3-5 range.  Not a ton of strategy, mostly added entertainment for the Super Bowl. 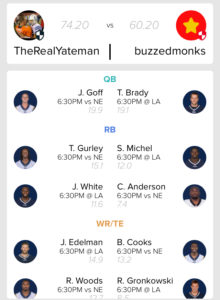 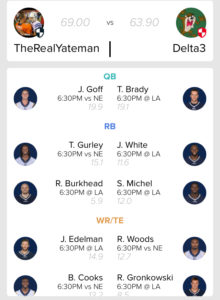 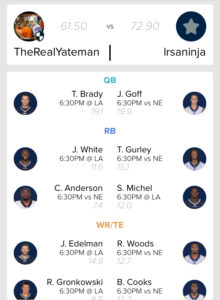 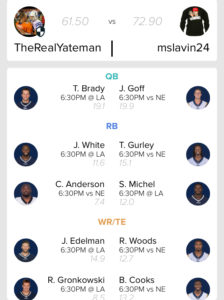 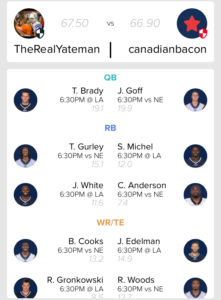 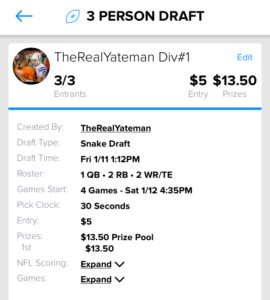 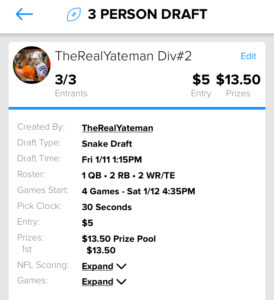 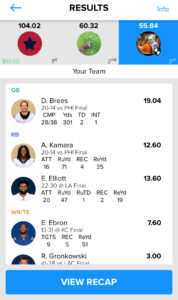 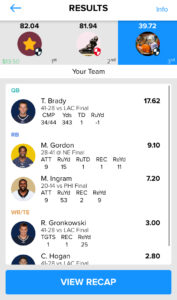 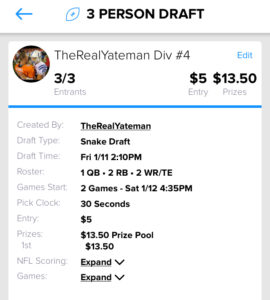 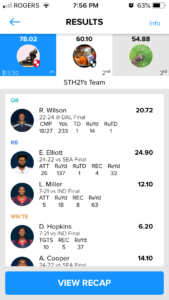 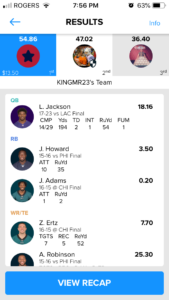 Best Ball Play-Off Pools
The Draft app has opened play-off pools…… so yeah, i have joined a few. 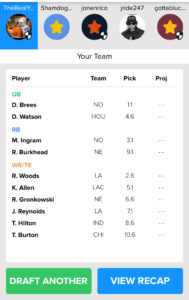 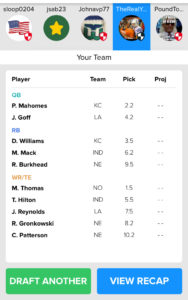 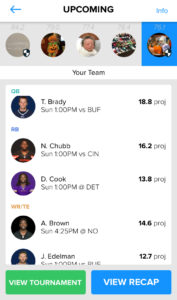 HYPE TRAIN – ROUND 1
Yeah, I started another tournament.

Went back to the tournament style after taking a week off.
Hype Train
$5 / 7776 contestants
5 Week Tournament $5,000 to first
I had 4th pick
ELIMINATED

I had first picks and went Kamara

I had 3rd pick and took Zek

Back to the tournaments I go.

ELIMINATED – Had the lead until the Mike Evans TD

6 Team League, I had the turn, Went Jones and McCaffrey.

I get to kick off week 2 with 2 separate tournaments in the 2nd Round.  In the Hype Train tournament, i’m already in the money, last in round 2 pays $8. Keeping with the tournament style games, i signed up for the $10 Fourth and Inches tournament.

I had the 4th overall / turn pick. Started with Gordon and Jones.

I’m totally addicted to the multi week bracket style tournaments the Draft app hosts.  You will see a common denominator this week, Saints and Saints.  I expect the Saints to explode at home to open the season against the Buccaneers.

For The People Tournament
$1 / 20,736 contestants
4 Week long $3,333 to first
You have to win your league of 12 each week to advance
I drafted first, Took Kamara, Here’s the rest of my team.
FAILED TO ADVANCE